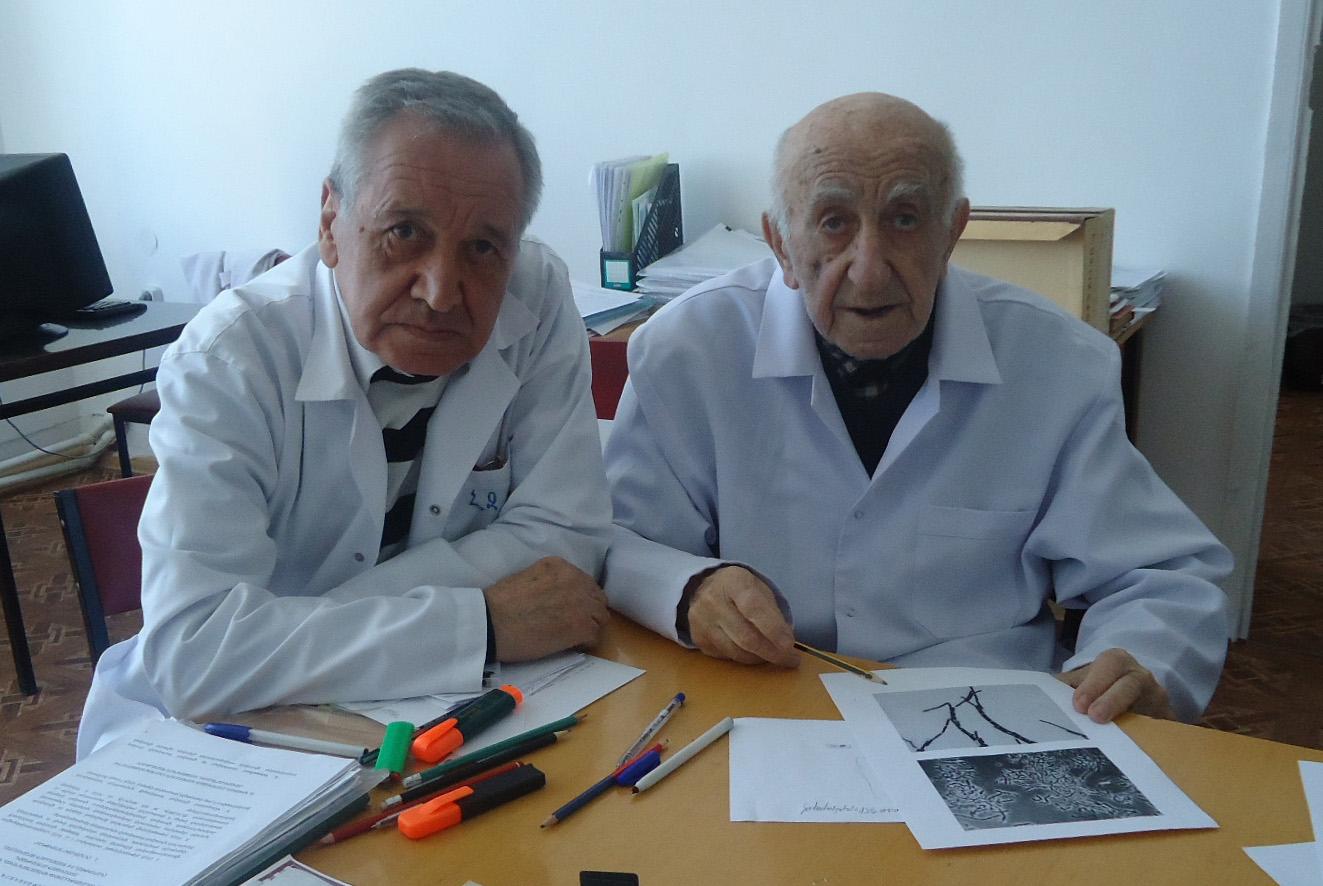 Academician of the National Academy of Sciences of Armenia, Professor, Doctor in Biology, Honored Scientist Evrik Gegham Afrikian was among the prominent scientists of the Armenian nation.

Afrikian was born on 14 May, 1925 in Yerevan in a family of doctors. In 1942, he left high school and entered Yerevan State Medical Institute. Together with the study, he worked in the department of clinical surgery where he conducted research on the study of penicillin.

In 1947, E. Afrikian was enrolled for postgraduate studies and continued his scientific activity at the Institute of Microbiology of the USSR Academy of Sciences under the supervision of the renowned microbiologist N.A. Krasilnikov. A new chapter in the scientific research commenced to clarify the biological characteristics of aerobic spore-forming bacteria. E. Afrikian summed up the obtained results in his PhD thesis, which he successfully defended in 1951.

Afrikian and his group soon launched another new direction – the study of insecticide microbes. Insecticidal, biomedical and toxicological studies of numerous strains belonging to the genera B. thuringiensis, B.cereus  enabled E. Afrikian together with his group to use the most active strain B. thuringiensis ssp. caucazicus to create a bacterial insecticidal preparation (BIP) for microbial combat against pests – lepidoptera. His group of scientists also managed to discover the unique strains of B. thuringiensis having a high mosquito combating activity. A new preparation (BLP) was created for microbial combat against mosquitoes. Mass production of the aforementioned preparations was organized, a rich collection of insecticidal microbes of practical significance was created, which is currently being preserved in the collection of the Microbial Depository Center.

The results of the study of insecticidal microbes were summed up in Afrikian’s doctorate thesis, which he successfully defended in 1970 in Moscow. Then his monograph “Entomopatogenic bacteria and their significance” was published (Yerevan, 1973).

Academician E. Afrikian’s scientific interests were versatile. His contribution to clarify the microbial decomposition of polymeric substances used in space equipment and to create new coherent, resistant substances was great. As a result of the research more than 1000 highly valuable strains belonging to various genera of fungi, decomposable polymeric substances, which are currently being preserved in the microbial collection of the Microbial Depository Center, were revealed.

With academician E. Afrikian’s efforts a new complex was built in Abovian city, which became one of the leading and widely recognized scientific centers of general and applied microbiology.

In 1993, Afrikian also established the Microbial Depository Center, which is included in the World Federation for Culture Collections (WFCC). About 14.000 strains of bacteria belonging to different groups are preserved and studied in the center. The collection has an important strategic significance and ranks among the highest organizations of national value.

E. Afrikian was the supervisor of more than ten international scientific projects and contracts funded by NASA, various US-based organizations, the European Space Agency, CRDF, the International Science and Technology Center (ISTC) and others.

Academician E. Afrikian’s contribution to the development of microbial industry in Armenia was great. With his active involvement, the “Lysine” Plant (Charentsavan), Plant of Biochemical Preparations and Yeast (Abovian) were established.

E. Afrikian was an editor-in-chief of the “Biological Journal of Armenia” for many years. He supervised the specialized councils of microbiology and biotechnology.

The scientific community valued deservedly Afrikian’s many years’ scientific and organizational activities. In 1971, he was elected a corresponding member of the Academy of Sciences of the Republic of Armenia, and in 1982 an academician. In 1974, he was granted the title of professor, and in 1986 - the title of Honored Scientist of the USSR.

In 2009, E. Afrikian founded and headed the Armenian Microbiological Association (AMA), which is a full member of the Federation of European Microbiologists (FEMS). Academician E. Afrikian was the author of 6 monographs and about 350 scientific papers.

Academician E. Afrikian was granted a number of government awards for his long-term scientific and organizational activity.